A Short History Of Heating And Air Conditioning 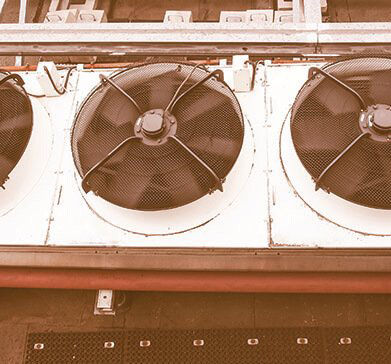 The Romans and Greeks used similar tactics to keep themselves cool. Though it was not until technology accommodated advancements that the heating and air conditioning, we know today began taking shape.

1830s Dr. John Gorrie of Florida wants to provide a way to shorten recovery time for patients. Believing that bad air was the root of illness, Gorrie uses buckets of ice then blows air over them, resulting in a cooling effect.

1861 William Siemens learns how to super heat coils with electricity. He installs a fan to blow air through it, inventing the first electric furnace.

1881 President James Garfield falls ill in the White House. To provide him relief, naval engineers soak pieces of cloth in cold water and ice then spin a fan over them.

Carrier’s first air conditioning units are large, costly, and dangerous as it uses significant amounts of ammonia. These units are used only in sizeable buildings like hotels, textile mills and hospitals.

1914 The first air-conditioned home is in Minneapolis, MN. Unfortunately, the HVAC unit is still enormous. It towers at 7 feet and runs 20 feet along the room.

For the next fifteen years, movie theaters are outfitted with heating and cooling systems. Being able to provide a cool environment increases sales attendance dramatically during the summer, allowing businesses to boom all year round.

1922 Willis Carrier makes two huge upgrades to his heating and cooling unit system. First, he replaces ammonia with dieline, a safer coolant for heating and air-conditioning. Then, he reduces the size of the unit. This allows for HVAC to be available in more places like office suites, shopping malls and railroad cars.

Within the next few years, central buildings like the House of Representatives, the White House and the Executive Office Building also are fitted with HVAC.

Unfortunately, rapid advancements for heating and air conditioning stops. With the start of World War II, commerce shifts toward producing military equipment. However, once the war concludes, Americans find the economy stronger than ever. There is an enormous surge of sales in home heating and air-conditioning.

1942 The US builds a power plant specifically to keep up with growing load of electricity demanded from heating and air-conditioning.

1953 Over one million HVAC units are sold.

Improvements to the heating and cooling systems continue to be made. By the late 1950s, motors are made to work more quietly, refrigeration is more efficient, and the HVAC unit is relatively compact.

2011 Up to 100 million American homes have heating and air-conditioning. Experts and engineers in the HVAC industry continue to make improvements, making it safer, smarter, and easier to heat and cool the home.