What Is a Micron and How Does It Relate to Air Quality? 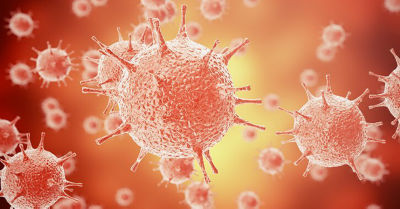 If you’ve been shopping around for air filters or air purifiers to improve indoor air quality, you’ve probably read or heard the phrase, “Removes particles as small as (insert number here) microns.”

But what does that really mean? What is a micron and why does it matter when it comes to air quality?

This blog post will help answer these questions to give you an edge when shopping for air filters or air cleaners.

Micron: a tiny unit of measurement with big implications 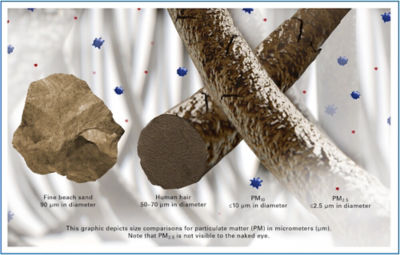 Micron is a unit of measurement short for micrometer, which is one-millionth of a meter (or about .00004 of an inch). The average diameter of human hair is around 50 microns.

With that in mind, something needs to be at least 5 microns large to be visible to the human eye. To give you a sense of scale, 98% of all indoor air particles are less than one micron in size.

Will my current air filter capture these small particles?

The standard air filter in your home’s air conditioning and heating system is designed to remove particles that are 5-10 microns in size or larger. A filter with a micron rating of 10 has the ability to trap particles as small as 10 microns.

But that’s not everything you need to know. To fully understand your air filter’s effectiveness at removing particles of a certain size, let’s go over two important micron rating terms:

Nominal Micron Rating – refers to how efficient the air filter is at removing airborne particles of a specific size, ranging from 50-98.6%. For example, if you have a 10-micron air filter with nominal micron rating of 50%, then your filter will capture around 50% of particulates 10 microns in size.

If your air filter has a micron rating of 5, that leaves the majority of indoor air pollution (98%) still floating around your home. This includes the following common indoor air contaminants:

Will this actually affect my health?

According to the American Lung Association, airborne particles 2.5 microns or less (called fine particles) are considered an inhalation hazard because they are “easily inhaled deeply into the lungs where they can be absorbed into the bloodstream or remain embedded for long periods of time.”

They also found in a recent study that there was a 17% increase in mortality risk in areas with higher concentrations of fine particles.

Finally, small particles pose a huge problem to you or your loved ones who have asthma problems since they can easily trigger asthma attacks and cause wheezing, coughing and respiratory irritation.

What can I do to protect my family?

Now it makes sense why you need air filters or air cleaners that can capture particles that are smaller than 1 micron, especially if someone in your family has asthma issues.

For the best air filtration performance, look for a high Minimum Efficiency Reporting Value (MERV). Higher efficiency filters are more expensive, but they do a much better job at keep pollutants out of your lungs, ducts, and HVAC system. 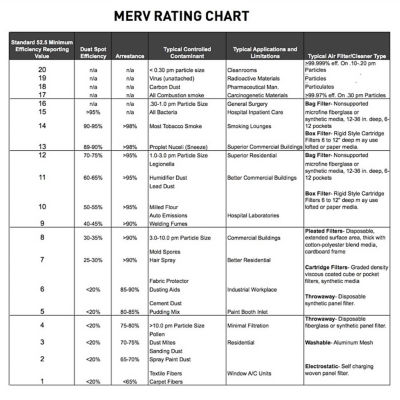 Air filters do a great job at reducing indoor air pollution, but they aren’t able to remove all contaminants from the air. If you are concerned about the quality of your indoor air, consider air scrubbers, air purifiers, UV air disinfection, and other IAQ solutions.

Remember, all HVAC filters require regular cleaning or replacement. If the filter gets dirty, it will cause airflow and air quality problems.

2-for-1 Furnace and AC Precision Tune-Up